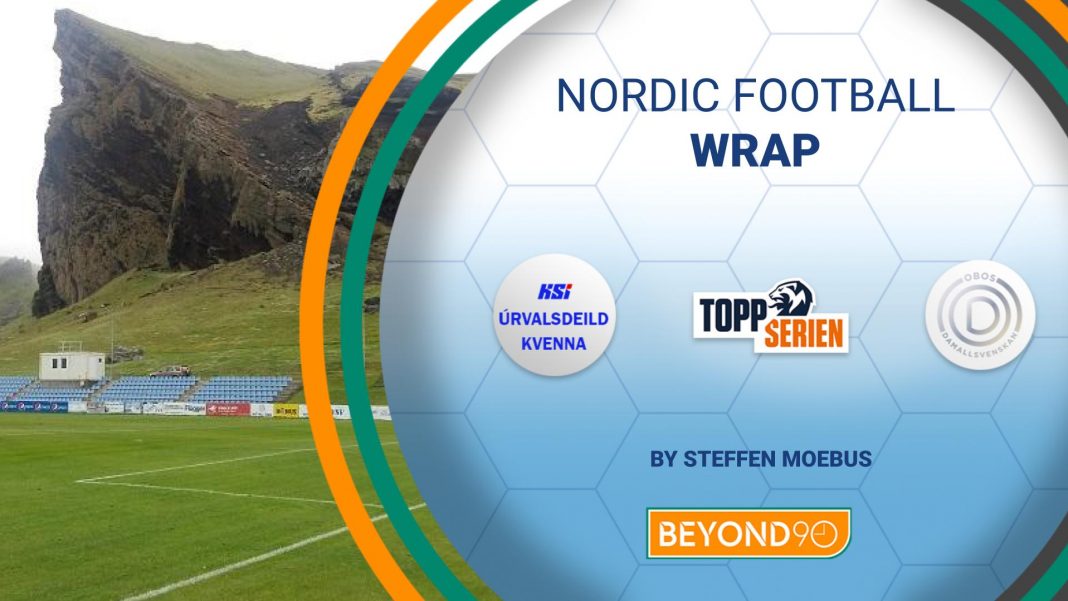 With up to ten Australians competing in top level domestic Nordic competitions in 2020, Beyond 90 will be keeping readers up to date with how our players and the teams they are playing in are faring.

The news of the week was in the Icelandic Urvalsdeild Kvenna, where both Aussies scored for their respective teams.  It was, however, a tough week for Aussies in the Norwegian Toppserien, with only one of the four teams with Australian players coming away with the points.

After bright debut games last week, Clare Polkinghorne and Katrina Gorry found the going tougher this week as their Avaldsnes team went down 2-1 away to Vålerenga in their Round 4 game. Both sides were vying for positions towards the top of the ladder as they kicked off, and the result means that Vålerenga leap over Avaldsnes into third place, with Avaldsnes now fourth. Polkinghorne and Gorry both played full games.

Nikola Orgill‘s Kolbotn would have gone into their away game against Lyn – one of the few teams below them on the ladder – with high hopes for a win. But without Orgill on the match card, it was not to be as the home side recorded their first win of the season with a 1-0 result.

Orgill was troubled by a groin strain in the pre-season so hopefully that hasn’t flared up, as it can be a difficult injury to shake off. 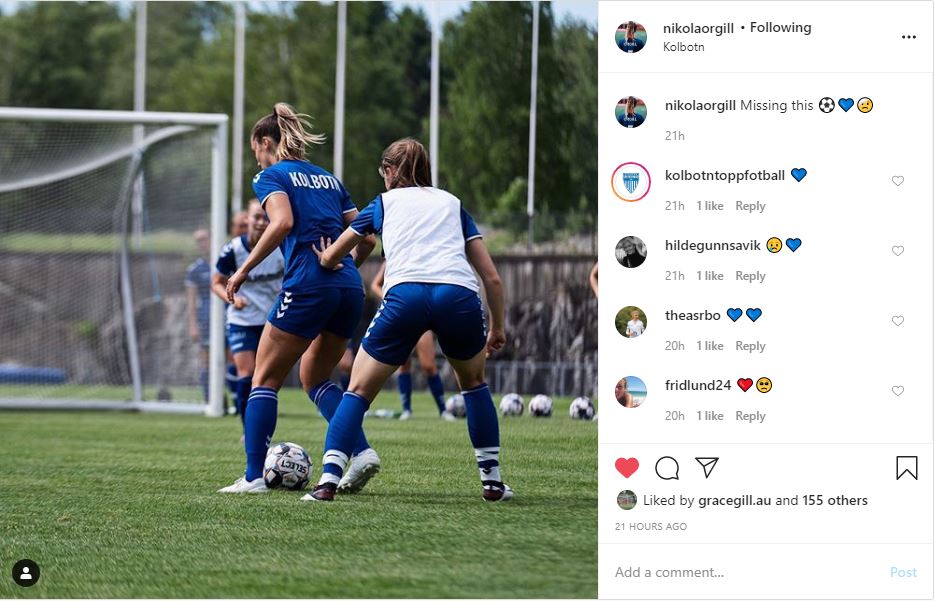 Teagan Micah pulled off several top notch saves to keep her Arna-Bjørnar team in the hunt in their game against equal ladder leaders Rosenborg. A 1-1 draw at home was in the offing until the very last play of the game –  notwithstanding several near misses at either end before then – when a far post Rosenborg header was deflected past Micah for a 1-2 home loss.

Karly Roestbakken‘s LSK Kvinner finished off Round 4 at home in their indoor venue at Lillestrøm, beating Klepp 3-0 after being ahead 2-0 at half time.

Roestbakken played the last half hour, coming on at right back in a direct swap with Swede Cathrine Dahlström, and making several trademark bursts down the right flank with ball at feet.

The result takes LSK Kvinner to the top of the Toppserien ladder.

There was no Aussie involvement in Round 5 of the Swedish Damallsvenskan, with Emily Gielnik yet to arrive and Elise Kellond-Knight on the long term injury list (ACL).

It was a busy week in the Urvalsdeild Kvenna, with Round 4 catchup games played on the weekend, and Round 8 games played midweek.

KR Reykjavík recorded their second win of the season against cellar dwellars FH Hafnarfjörður, 3-0 at home in their Round 4 catchup game. The game saw Angie Beard score her first goal for KR, neatly putting away her chance.

A special moment for Angie Beard as she scores her first goal overseas for her new club KR Reykjavik. Congratulations Angie! pic.twitter.com/RZA7Qhi4Dw

Thróttur Reykjavík games this week have been goal-scoring feasts. Laura Hughes‘ team first went down 5-0 away to ladder leaders Breiðablik, then scored five of their own in a remarkable 5-5 draw away to Stjarnan in Round 8. Thróttur were up 5-3 with 7 minutes to go against Stjarnan, so may feel that was one that got away from them. Hughes scored the second of Thróttur’s goals in her 65 minutes on the pitch.

Follow all our coverage of Aussies and Ferns Abroad here.