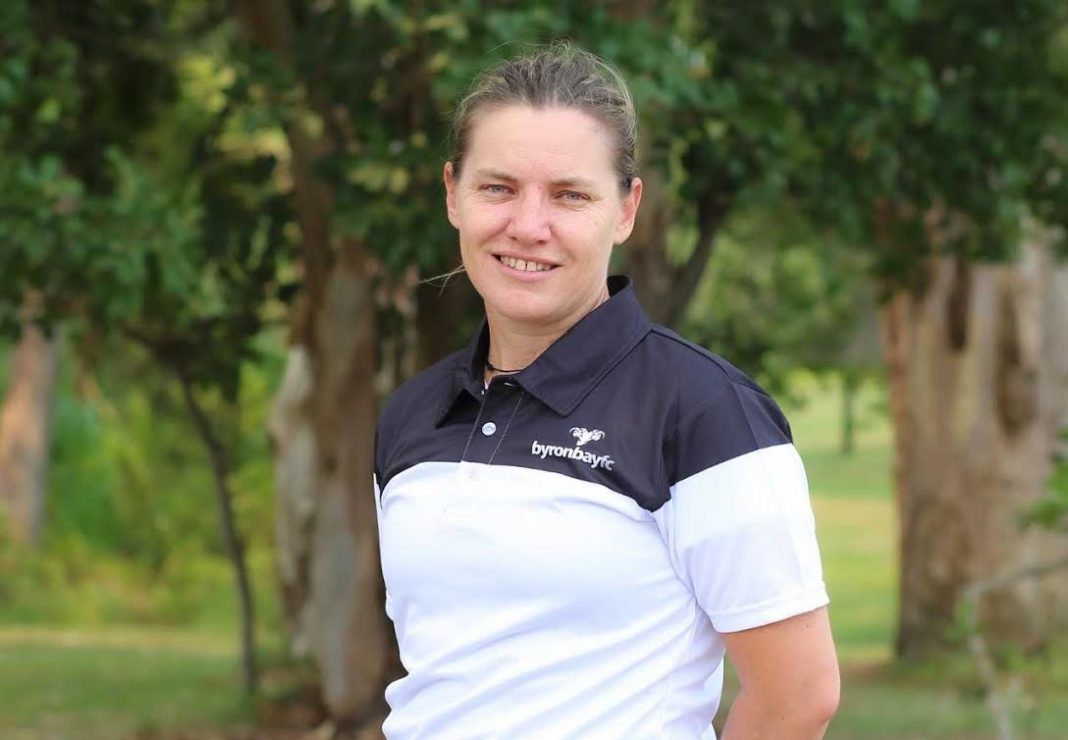 Wilson will balance her Byron Bay FC duties with her role as Women’s Football Consultant at FIFA.

It’s a homecoming for the former Brisbane Roar and Australian U17 coach who grew up in Byron Bay and started her coaching career at the club, coaching her younger brother’s team from U6s through to U13s. At age 16, Wilson began an eight-year stint coaching the club’s Women’s 1st Division side, and also coached the Football Far North Coast U14 Girls representative team for several seasons.

After leaving Australia in 2006, it didn’t take long for Wilson to become one of Byron’s most successful football exports as she joined the Asian Football Confederation as Coach Education Manager for Women’s Football and was later appointed as the Director of Women’s Football before receiving her first full-time coaching role in Norway.

In Australia, Wilson was involved in elite football development with Football NSW, NSW Institute of Sport, Football Queensland and the Queensland Academy of Sport. It was while in Brisbane she was appointed Head Coach of the U17 Australian Women’s National Team where they competed in the World Cup Qualifiers in China.

In 2017 she packed up again to move to Guam where she was appointed the women’s national team coach and oversaw all football development on the island as the Technical Director. Wilson was also part of the FIFA Technical Study Group for the 2007 and 2011 World Cups and the 2008 Olympic Games.

Wilson says she is excited to lead Byron Bay FC in the 2020 season.

“I am happy to be home again and be in a position where I can give back to the club that gave me my first opportunity and access to coaching licences which enabled me to start on a career path that I did not see coming,” said Wilson.

“At 15-years-old Byron Bay FC gave me my first position as coach of my brother’s U6 team. It is my brother’s fault I got into coaching as I came home from school one day and he said, ‘You are my coach.’ I told him that there was no chance as I have better things to do on Saturday mornings but mum agreed with my brother and that was the end of my Saturday mornings going surfing and hanging with friends.

“As a kid I was not allowed to play football as girls could not play in the boy’s competitions in those days, so thankfully I was able to start coaching instead.”

Wilson says that gender should not be a barrier to coaching and hopes her appointment will inspire another generation of female coaches to come from the Far North Coast.

“Everyone needs to have an opportunity to follow their dreams. I dreamt that I would play for Australia but the access was not there for me to do that as a player, but as a coach I did.

“Football Associations and clubs are responsible to provide opportunities and access and I was fortunate that Byron Bay did not stop me from coaching a boy’s teams back when I first started, or the men’s team today.”

The Rams represent the alternative vibe of the region with their own flavour, featuring the international metal band “Parkway Drive” as the front-of-shirt sponsors for the away kit.

The Rams are also one of the most successful clubs in the region and are proud to have Wilson joining them in her first role coaching a men’s team.