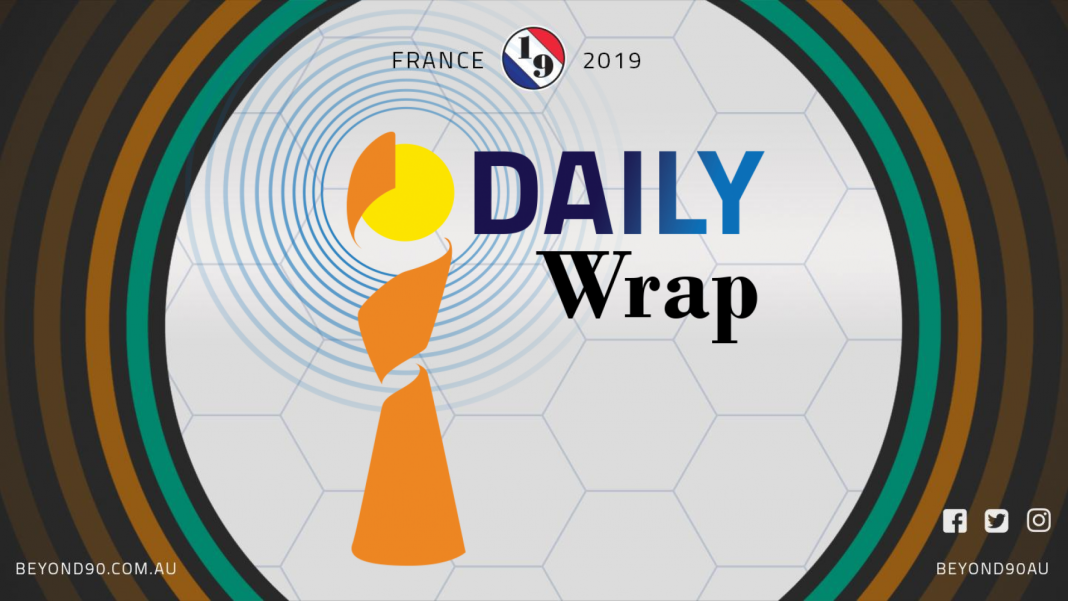 The quarter finals kicked off at the Stade Océane in Le Havre, as Norway took on pre-tournament favourites England.

After requiring extra time and penalties to see off Australia in the round of 16, it was perhaps unsurprising that Norway conceded an early goal.

England winger Nikita Parris picked out the overlapping run of Lucy Bronze on the right flank, who drove towards the byline before cutting the ball back into the penalty area. Ellen White produced an air-swing at the near post, but Jill Scott was waiting behind to sidefoot the ball into the bottom corner.

What a start for the #Lionesses! pic.twitter.com/VtV5M4Dp1m

The Lionesses doubled their advantage five minutes before half time. Once again the move came down the right flank, as Bronze slipped the ball in behind to Parris, who picked out White for a chance she couldn’t miss this time around.

However, England made a cagey start to the second half, leaving the door open for Norway to get back into the contest. A late intervention from Steph Houghton was required to deny Caroline Graham Hansen a golden opportunity just two minutes after the restart.

A thunderbolt from Bronze extended the lead to three in the 57th minute, but more holes began to appear in the English defence.

PICK THAT ONE OUT!

Lucy Bronze with a 🚀 of an effort from the free-kick!

And David Beckham absolutely loved it!

Norway substitute Lisa-Marie Utland intercepted a backpass from Millie Bright, however Houghton recovered well to clear the ensuing shot off the goal-line.

Moments later Isabell Herlovsen was in behind the defensive line, drawing a fine save from Karen Bardsley.

A foul on Houghton gave Parris a chance to score a fourth from the penalty spot, but Ingrid Hjelmseth saved well to her right.

Despite their efforts, Norway were unable to find themselves a way back into the contest as Phil Neville’s side regained their composure to keep a clean sheet.

England advance to the semi finals, facing the winner of France vs USA.