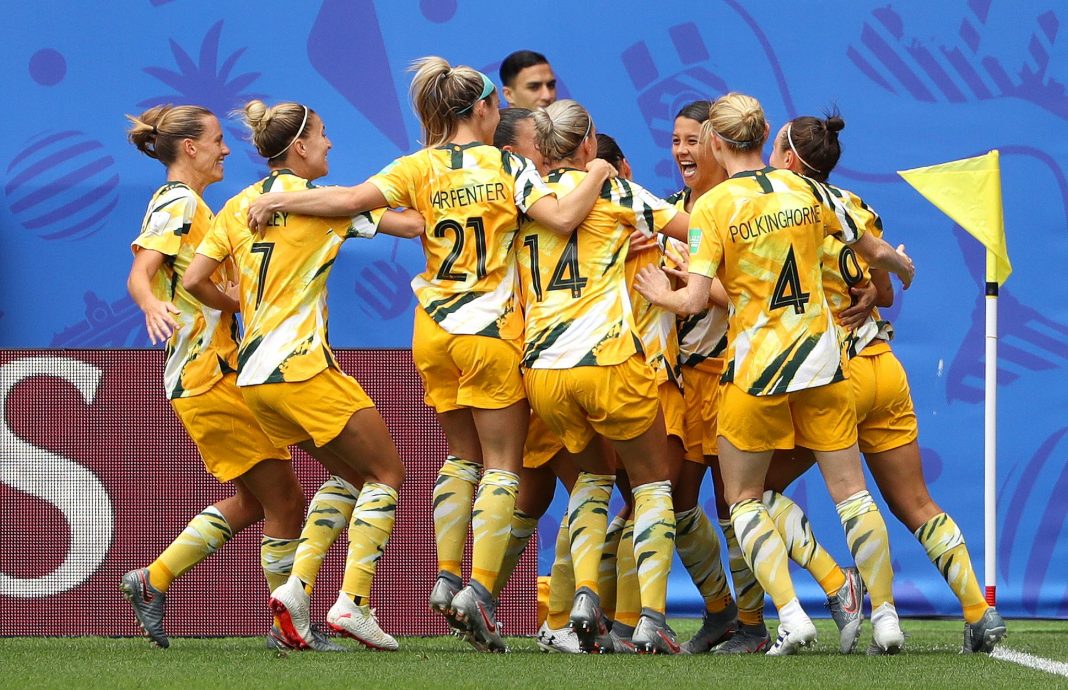 The Matildas will look to bounce back from their shock loss to Italy as they take on Brazil at Stade de la Mosson in Montpellier this Thursday evening (Friday AEST).

Needing a win to push their case for qualification for the knockout stages of the tournament, the Matildas will come up against a doubtlessly confident Brazil side after their 3-0 demolition of Jamaica in the side’s opening match.

Defensive midfielder Elise Kellond-Knight looks set to return to the starting XI, but with defender Clare Polkinghorne nursing an injury, left-back Steph Catley may be called upon to play in the heart of defence. Brazil could be boosted by the potential return of Marta, though the star midfielder’s omission from their game against Jamaica due to a hamstring injury seemed to do the side no harm.

Brazil is one of seven nations to have qualified for every Women’s World Cup since its inception in 1991, and their path to this year’s tournament was as smooth as any in the past. Conceding just twice, Brazil went undefeated through their seven Copa América Femenina matches, racking up 31 goals on the way to a seventh continental title.

Outside of South America however, the Canarinhas have struggled over the last 12 months, recording just a single win in their last 11 games. That stretch of failures has included defeats to Scotland, Spain, and – most notably – the Matildas, while their single win was a 2-1 triumph over Japan at the 2018 Tournament of Nations.

If You Know Your History…

Brazil and Australia have a rich history in women’s international football, having faced off at three of the last four major international tournaments – the 2011 and 2015 World Cups, and the 2016 Olympics. The latter of the three will likely remain seared in the minds of both players and fans, with Brazil winning the Olympic quarter-final on penalties in front of 50,000-plus fans in Belo Horizonte. Since then however, the Matildas have had the wood over Brazil, winning all four matches – including a 6-1 drubbing in Kansas City during the 2017 Tournament of Nations.

Fresh from an up-and-down performance against Jamaica, in which she provided two assists but had a poor penalty saved, Barcelona winger Andressa will likely be one of Brazil’s main attacking threats against the Matildas. Facing up to Gema Simon at left-back, Brazilian manager Vadão will look to get Andressa in behind her less-experienced opponent, turning her around and crossing into Cristiane or Beatriz as she did so effectively in the opening game.

If Clare Polkinghorne is to sit out the match, Catley will be likely pushed into the centre of defence alongside Alanna Kennedy. While the two play together at NWSL club Orlando, the pair have shared precious few minutes together on the pitch in what has so far been a season to forget for the Pride. Nevertheless, Catley’s defensive nous and physical strength will come in handy against the Canarinhas, whose passing caused all sorts of trouble for Jamaica in their opening group game.

Situated a 20 minute tram ride from Montpellier’s ancient city centre, Stade de la Mosson is one of the older venues at this World Cup. Built in 1971, the stadium is home to 2012 French men’s league champions Montpellier Hérault SC, and takes its name from the Mosson river, which flows behind the ground in the Paillade district. This proximity to the Mosson has made the ground prone to flooding, most famously going under twice in spring 2014, with two-metre high floods forcing MHSC to play several matches across town at the local rugby stadium.

The stadium was upgraded for the 1998 World Cup, with the formerly two-tiered stadium now sporting an uncovered third level on its southern stand, which juts out like a shard of peanut brittle atop a sundae. Since that tournament in 1998, however, Montpellier has seen precious few international matches, having hosted the French men’s national team only twice; in fact, the last French women’s international match hosted at the venue was a 6-3 friendly win over Scotland in 2004, played in front of just 2000 people.

Broadcast: Live in Australia on Optus Sport and SBS