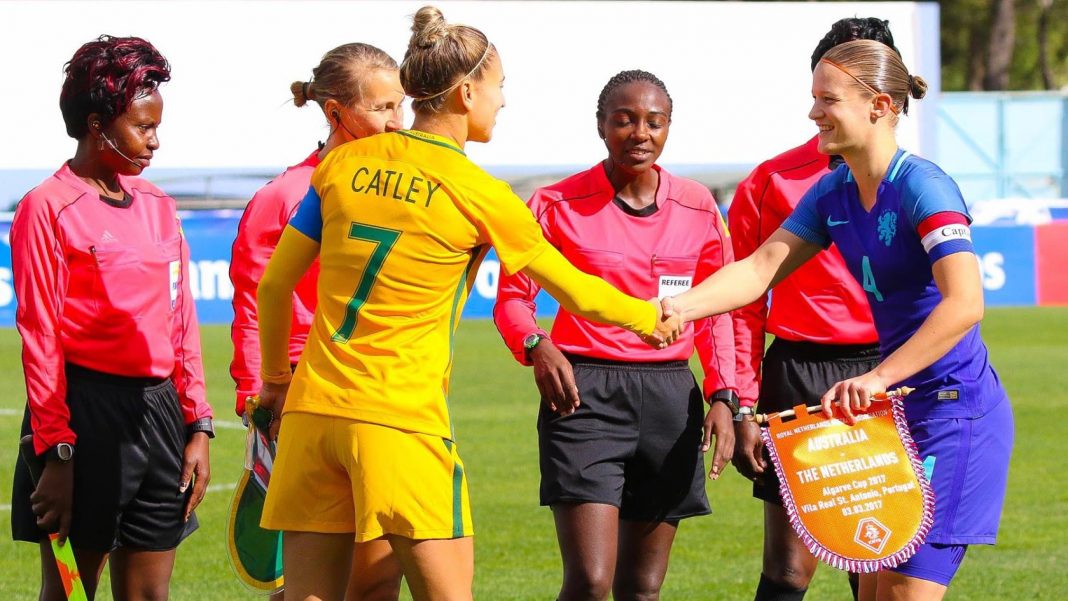 This is it. Years and years of preparation for the big dance and now the last piece of the puzzle will fall in place: a friendly match against defending European champions Netherlands on Saturday, 1 June, to wrap up Australia’s World Cup preparations.

This is the last chance for the Matildas and Oranje Leeuwinnen to be put through their paces; the last time for head coaches Ante Milicic and Sarina Wiegman to tweak their respective teams; and the last test before the nations officially kick off their World Cup campaigns.

With an astounding 25,000 tickets sold for the clash at Philips Stadion so far, there are expectations that Eindhoven will sell out the 35,000-capacity venue as they look to pack in a full house of supporters to send both heavy-weights off to France.

This could potentially be the biggest crowd that some of the Matildas have played in front of, bar the ones who featured in the Rio Olympics quarter-finals loss to Brazil in Belo Horizonte which pulled in a whopping 52,000 audience.

The last time the two sides met was in the 2017 edition of the Algarve Cup, where an Emily Gielnik brace and an Alanna Kennedy header were enough to see past Vivianne Miedema and Sherida Spitse’s goals in the 3-2 win.

However, since then both teams have come on leaps and bounds, especially for the Dutch as evident by their jump in the FIFA rankings from 12th to eighth and triumph during the UEFA Euro 2017.

The 22-year-old is known for her killer instinct in front of goals, already racking up a mind-boggling 57 goals with just 74 caps for her country, and recently breaking the WSL league record for most goals scored in one season – 29 goals in 25 appearances for Arsenal.

Netherlands will be looking to tee her up with their wingers in the final third of the field and counting on her composure in front of goals to finish the chances they created.

As one of Australia’s most crucial players in defence, Steph Catley could be key in Saturday’s encounter against the Dutch.

Catley is a rock in the backline, and her sound defending skills will be called into action to neutralise Oranje Leeuwinnen’s quality wingers. The defender will also provide pace and creativity down the left flank to kick start Australia’s attack.

Although she did not feature in the previous friendly against USA due to precautionary reasons for her injury, Catley’s potential inclusion for this Saturday could prove to be one of the most important factors for the Matildas’ performance in this game.

This will prove to be a great test for Australia to go up against the world-ranked eighth team before the opening round of the World Cup.

It will be a high intensity game, as both teams are brimming with players with lots of energy and pace to burn, especially on the wings as players look to exploit the width of the field and stretch the game out.

Expect brilliant battles on the flanks on either side of the park – Lieke Martens hustling against Ellie Carpenter and Shanice van de Sanden up against Steph Catley. Similarly, for Australia, with Hayley Raso, Emily Gielnik and Caitlin Foord opening up the play against the Dutch backline.

It is without a doubt that the atmosphere of the game will be electrifying as well. The Dutch public have been fantastic supporters of the national team, especially after they took out the Euros, showing up in record crowds and selling out majority of their recent home games.

Eindhoven will most definitely put on an incredible send-off party for the defending European champions, and the Matildas are buzzing to play in front of the huge crowd as well.

“It is also good playing against crowds who are maybe more so cheering for the other team. It kind of hypes you up and you want to show everybody what you can do. Us girls we are really looking forward to it,” Hayley Raso mentioned.