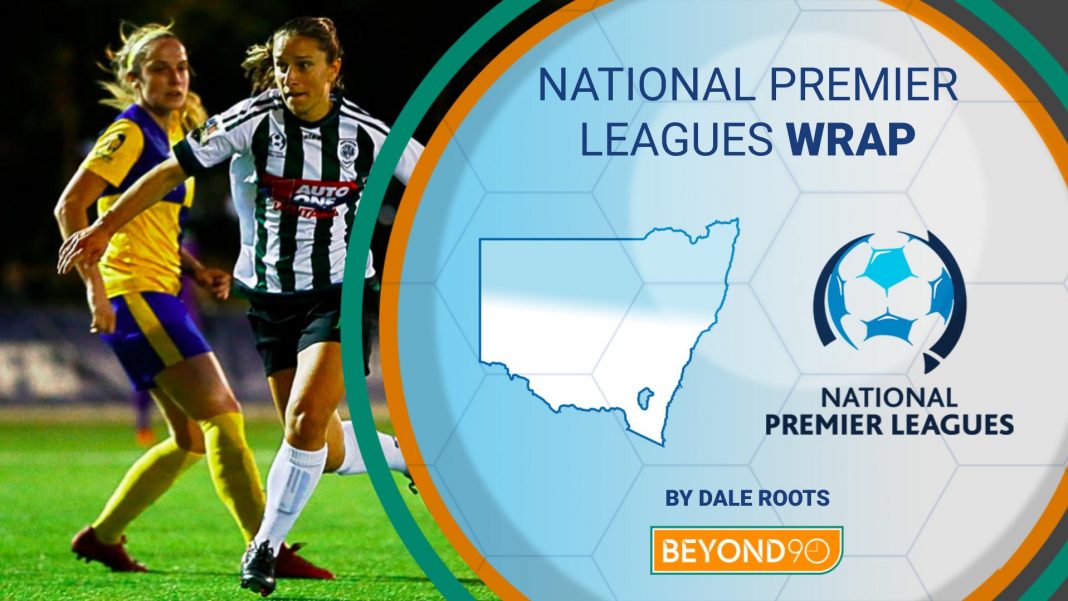 A solitary goal from veteran striker Leena Khamis was enough for Macarthur to claim all three points over a doggedly-determined Jets outfit in Campbelltown.

With a suite of matches across the league either washed out or postponed, both Macarthur and the Jets had an opportunity to get a head-start on the rest of the competition and blow out any cobwebs left after the long off-season.

Despite the Rams’ reputation as a free-flowing attacking team, it was the visitors who made the running early in the first half, continually pressing Macarthur deep into their own end and forcing turnovers in midfield.

It took just eight minutes for the Novocastrians to find an opportunity on the Rams’ goal, as Hannah Jones found Kia Parrish free on the edge of the box, her neat turn thwarted by a last-ditch tackle from Rams defender Zoe Dribbus.

Two minutes later Jets winger Renee Pountney again found space in behind the Macarthur back four, running onto a through-ball from centre-half Brooke Kennedy and beating Rachel Goldstein for pace along the Rams by-line, only for the final pass to elude the onrushing Sarah Moore on the six-yard box.

Macarthur was forced to wait until just before halftime before having their first real opportunity on goal, one that came through the least likely of sources; making the most of space between the Jets’ lines, wingback Goldstein burst into midfield and fired on goal from 25 metres, her shot rolling just wide of keeper Susanna Behne-Smith’s near post.

Rams goalkeeper Sham Khamis would be just as busy after the interval, with the Jets crafting another opportunity from outside the box. Some nice lead-up play between Pountney, Tessa Tamplin and Te Reremoana Walker made space in front of the Rams’ defence, and Pountney unleashed a fierce shot from 20 metres to force a strong low save from the diving Khamis.

Macarthur took the lead seven minutes into the second half, capitalising on some lax set-piece defending to break the Jets’ resistance. Skipper Renee Rollason’s whipped free-kick from 20 metres forced a brilliant diving save from Behne-Smith, but her effort was in vain as Leena Khamis appeared out of nowhere to smash home the rebound unmarked.

Newcastle would go close to an equaliser less than 90 seconds later, with Parrish almost scoring a genuine goal-of-the-year contender with a swivelling volley that had keeper Khamis beaten all-ends-up but cannoned back off the apex of the goal.

The Jets continued to pile on the pressure as the half progressed, Moore again testing Khamis from the edge of the box, having dispatched Kirrilee Cameron with a delightful Zidane spin to leave her chasing shadows.

Macarthur should have added to their tally late on after Rollason found Khamis sprinting into the Jets box with a sensational reverse pass, but the striker could only watch as her sliding effort hit the crossbar before the Jets cleared their lines.

It was the Jets however who would have the final agonising opportunity deep into stoppage time, one which like all the others proved to be just out of the team’s reach. After sending Rollason into the adjacent carpark with a neat cutback, substitute Lilly-Jane Babić rifled a teasing ball along the Rams six-yard box, beating not only the diving Khamis but also teammate Walker at the back post, whose sliding effort came up just short.