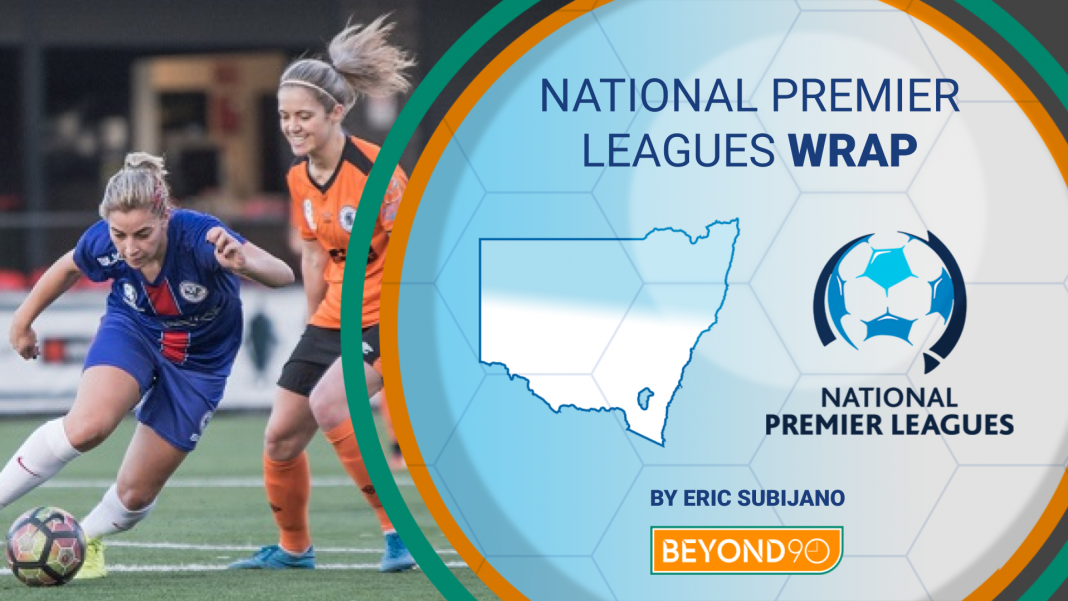 The NSW NPL home-and-away season ended with a bang as Round 22 produced an average of over four goals per game. The five teams who will battle in the finals series (Sydney University, Sydney Olympic, Illawarra Stingrays, Northern Tigers and Blacktown Spartans) had already been decided, so we say goodbye to the other seven clubs, including defending Champions Macarthur Rams.

Our featured match took us to Jensen Park, where Bankstown City Lions hosted a Northern Tigers outfit that were aiming to finish in the top three.

Match of the Round: Bankstown City Lions v Northern Tigers

Bankstown City entered the weekend in ninth place, and the Lions knew they would finish eighth if they won and Football NSW Institute lost to Macarthur Rams. The equation was more complicated for Northern Tigers, who could have finished anywhere between third and fifth depending not only on this clash, but also on the matches involving Illawarra Stingrays and Blacktown Spartans.

The game was, quite simply, a classic. The Lions raced into a 2-0 lead at the interval, only for the Tigers to draw level early in the second half. Bankstown City retook the lead almost immediately, however the visitors didn’t give up, scoring in the 87th and 90th minute to secure an incredible 4-3 victory.

It didn’t take long for the home team to open the scoring. At three minutes, a long free kick from Lions captain Diyana Cakovski was flicked on, and Monica Nolevski planted a header past Tigers goalkeeper Eliza Campbell.

Northern Tigers responded by piling on the pressure and having a number of shots. Servet Uzunlar looked to run forward from centre back at every opportunity, while Aimee Phillips was also prominent, making a number of decent runs down the left flank.

The away side had two good chances in quick succession midway through the first half. In the 21st minute, Malia Steinmetz headed wide from Hannah McNulty’s corner. Two minutes later, Uzunlar played a ball over the top for Tigers top scorer Daisy Arrowsmith, who fired wide when one on one with Lions goalkeeper Chantelle Symes.

Northern Tigers continued to threaten the Bankstown City goal, and there was also a tactical change as McNulty moved to the left wing and Phillips switched to the right. The adjustment almost paid off just after the half hour as Isabella Foletta’s through pass saw McNulty get behind the defence, but Symes parried the shot. The Tigers went even closer on 33 minutes, Steinmetz squaring a 30 yard free kick to Arrowsmith, who hit the crossbar.

Since taking the lead, Bankstown City had only been able to make occasional incursions into the opposition half. However, the Lions would double their lead in the 43rd minute when Joanna Martino whipped in a corner kick from the left wing, Vesna Milivojevic breaking free and making it 2-0 with a smart header.

There was one more chance before the break as McNulty played a great pass for Steinmetz, but Symes was out quickly to block.

The Tigers had to wait until the early stages of the second half to be rewarded for their dominance in possession. Three minutes after the restart, Maddie Bart was brought down inside the area by Milivojevic, and Arrowsmith held her nerve from the spot to halve the deficit.

Four minutes later, the visitors levelled the scores. Steinmetz switched play to McNulty on the left wing, and the winger beat a defender before cutting the ball back for Beth Bernardi, who found the bottom corner.

Arrowsmith then missed by inches following a sharp turn in the area, and it seemed like the Tigers would go on to take the lead. Milivojevic had other ideas, putting Bankstown City 3-2 up on 55 minutes with a wonderful individual effort, taking on three defenders and curling the ball into the net from the left side of the area.

The game reverted to the pattern of the first half, as Northern Tigers controlled possession and the Lions looked for counter attacking opportunities. Bart had a couple of efforts on goal just before the hour mark, then in the 72nd minute there was a passage of play which summed up the frantic nature of the contest. Bart and Arrowsmith combined to set up McNulty, who struck the inside of the post. Josie Wilson played the ball back into the area after a hurried clearance, Arrowsmith had two more efforts blocked, and McNulty somehow fired over from six yards.

Bankstown City brought on Kyla Vanderlaan and Talia Ozcan to provide fresh legs on the flanks, and they had the upper hand for a brief spell, with Milivojevic trying a couple of long range shots that were no problem for Campbell.

The Tigers increased the tempo as the game drew to a close, equalising on 87 minutes. Steinmetz played the ball to Arrowsmith, and the striker ran to the byline and crossed from the right wing, Bart finishing from point blank range to make it 3-3.

Just as the contest was about to enter time added on, Northern Tigers hit the front for the first time all afternoon. Isabella Foletta stepped forward from defence, finding Arrowsmith with her back to goal on the edge of the area. The sharpshooter managed to find space, rifling a shot into the top corner to complete the comeback.

That late strike wasn’t the end of the drama. In the second minute of stoppage time, the Tigers turned the ball over deep in their own territory. Campbell was out of position, but still managed to save Cakovski’s shot. She got up quickly to smother follow up efforts from Jessica Cirignano and Ozcan.

This result, combined with Manly United’s win over Emerging Jets, means Bankstown City end the season in tenth place. Although the Lions finish in the same position as last year, they’ve doubled their points tally from 2018, and the emergence of Milivojevic as a genuine NPL star has been one of the biggest stories of the 2019 NSW NPL campaign.

For Northern Tigers, it was the perfect time to break a three match winless streak. Sunday’s late comeback saw them jump from fifth into third, and they now have a double chance to make the Grand Final. The northern suburbs outfit should be confident heading into their Qualifying Final against Sydney Olympic – the winner of that contest will play Premiers Sydney University, who have a bye next weekend. In the other finals game, Blacktown Spartans meet Illawarra Stingrays in a do-or-die clash.