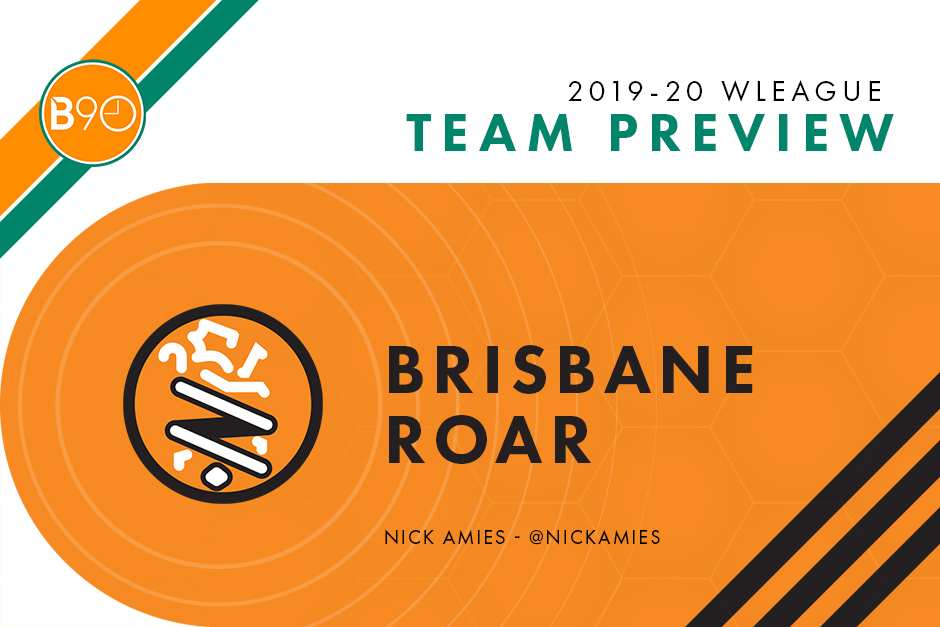 One of the most consistent high performers in the past two seasons of the W-League, Brisbane will look to continue building their impressive reputation, even though they will have a new coach at the helm for the first time in three years.

Starting last season as defending Premiers, things were soured by a shock loss to Adelaide in Round three and a 5-1 loss to Sydney in Round six, leaving Mel Andreatta’s side in sixth position on the table. However, the Roar turned the corner with four matches unbeaten, putting them on the path to finish second on the table heading into the finals.

As was the case in 2017-18, the team couldn’t capitalise on home ground advantage in the semi finals, bowing out with a 2-1 loss to Sydney FC.

After three seasons at the helm Andreatta has stepped down to focus on her role as part of the national team’s female coach mentor program, with Jake Goodship stepping into the lead role. Goodship takes charge with a strong knowledge of the club’s inner workings after moving from the Men’s NPL and Youth team.

As an added bonus, Goodship has been able to retain much of last season’s core squad, while adding the likes of Elise Kellond-Knight and Tameka Yallop. This wealth of Matildas experience blends perfectly with talented youngsters Indiah-Paige Riley, Hollie Palmer and Kaitlyn Torpey.

The middle of the park for Brisbane certainly bears a striking similarity to one you’d see in a national team camp. Kellond-Knight, Katrina Gorry and Yallop are all players of the highest quality, and fans will be eager to see how they combine throughout the season. Add this to the presence of fellow Matildas Mackenzie Arnold, Clare Polkinghorne and Hayley Raso, and the core of the Roar matches any other squad in the league.

The loss of Jenna McCormick leaves the backline short of an experienced partner alongside Polkinghorne in the centre of defence, with Torpey the natural successor.

The likes of Yallop and Raso will also need to step up and support Allira Toby in finding the back of the net – the striker has top scored for the team in the last two seasons with five goals in each.

However, perhaps the main question is how the playing group will respond to Goodship’s methods in his first campaign as head coach.

The pressure is definitely on Polkinghorne to have not only a good season, but an injury-free one too given the lack of cover. Raso will no doubt be keen to make a big impact after missing much of last season with her well-publicised back injury, while Arnold continues her quest to usurp Lydia Williams as the nation’s first-choice goalkeeper.

18-year-old Indiah-Paige Riley may have got her name out there last season with her first goal and a memorable post match interview, but there is still more to come from the young attacker. She’s another year older and wiser, and some valuable experience with the Young Matildas should put her in good stead to go to another level this season.

There is definitely still enough quality in the Roar squad to make the top four, but it remains to be seen if they can reverse their recent unfortunate trend of results in finals football.