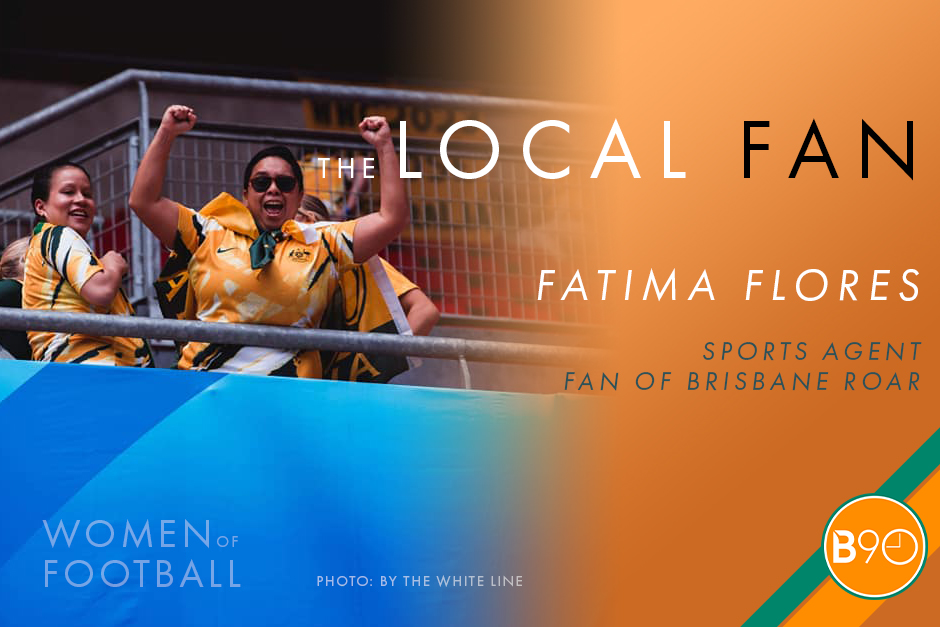 In this series of Beyond 90 articles, a standard set of questions is posed to women who have different roles both in and around the 2019-2020 edition of the W-League.

This instalment focuses on the Local Fan, with Fatima Flores stepping up to the line. Otherwise known as Fatty, she’s an ardent Brisbane Roar supporter and member of The Roar Corps. Fatty is also a sports agent for elite female athletes with her business, Level Playing Field Sports Agency, (Facebook or Instagram) which is based in Brisbane.

Previous instalments in this series:

1. Who or what got you into the game of football?

My dad played a huge part in my football career. He was a former football player and referee in El Salvador & also in Australia. When we migrated here in 1991 he put me into a local Salvadorian club (I was the only girl in the team) and I loved it!

2. What is your favourite memory of a football game?

I have so many I could choose from, but I’d have to say celebrating a goal – usually I would jump on the goal scorer and hope they would catch me!

3. What was your first W-League game?

Queensland Roar against Adelaide United, it was a 4-1 win to the Roar!

4. Who is your favourite player in the world?

5. What is your game day routine?

A good coffee in the morning and a good feed set me up. On the drive to the game, I play some good tunes to help me relax.

6. What is one thing that will always make you think of football?